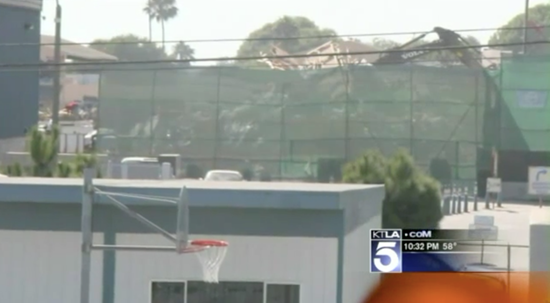 A resolution of the current litigation concerning the OVSD vs. Rainbow Transfer/Recycling, Inc was reached in November 2016.

Rainbow funded the construction of comprehensive improvements to its property, including full enclosure of all solid waste operations, full ventilation and particulate filtration, and negative air pressure on all buildings, odor-destroying active chemistry treatment to the exhaust from all buildings, and an extra layer of carbon filtration installed.The estimated cost of the agreed-upon improvements was $18 million, almost double the initial $10 million estimated cost of the improvements that Rainbow agreed to in the stipulated abatement order issued by the South Coast Air Quality Management District.

No inappropriate development at the Historic Wintersburg Site will occur. A recorded Agreement Between Property Owners will prevent the Historic Wintersburg Site from ever being used for an expansion of Rainbow’s solid waste operations, storage of garbage trucks, and various other uses inappropriate for a location adjacent to a preschool. The School District will have an option to purchase the Wintersburg Site at fair market value, and a right of first refusal in case Rainbow decides to sell the property to developers. These rights are assignable to other governmental entities or historical societies that may wish to purchase the property to develop a historical park facility on the site.

Provisions to prevent the need for further litigation are in place. A communication protocol has been established so that the School District will have access to high ranking Rainbow personnel to discuss any problems, and Rainbow will address and respond to any concerns within the same business day if possible, or within a maximum of 24 hours.

Enforcement of the Settlement Agreement will be done exclusively through an expedited arbitration process, which will prevent costly and drawn-out litigation, while retaining the parties’ ability to protect their legal rights.

There is be a three-year “cooling-off” period, in which no new lawsuits may be brought, though any new claims may be asserted in the expedited arbitration process during that three-year time period.

Thank you for signing up!